Nefarious – Word of the Day 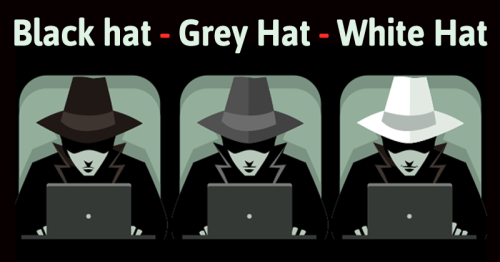 White Hat hackers are ethical hackers, they simply use hacking techniques to test software and security systems. The Grey Hat hacker is not malicious, but occasionally violates ethical principles and laws. Black Hats are the bad guys, they are nefarious, according to law enforcement agencies and commercial interests, they infiltrate systems, wipe, steal and disrupt. Or do they?

As often happens with any fear of wrong doing or alleged crime, truth is often the first casualty. Black Hats are simply lumped in together. So consider Gary McKinnon, formerly known as Solo, who hacked ino 97 US military and NASA systems between 2001 and 2002, altering and removing data. Mckinnon claimed he was looking for information about UFOs, extraterrestials, and chemical suppression processes. Extradition to the US from Britain was attempted but in the end refused. McKinnon remained free, and in the ensuing investigations, it transpired that the sensational claims made against him were inaccurate. But then we had Kevin Poulson who committed fraud and theft using hacking skills, he was caught and sent to prison, but now works at The Daily Beast and has been an editor at  Wired.

So, two different motives appear, one to find information that is being hidden from the public, the other to do the equivalent of the old bank robbery. Both are considered to be crimes, however, in my mind, McKinnon was not seeking gain, whereas Poulson’s sought financial gain through theft. I have some sympathy for Mckinnon, and none for Poulson.

Anonymous is a loose collective of what are referred to as hacktivists, they are  amorphous and ever changing, and they have specialised in cyber attack, especially in matters of justice and claims to avenge corruption and injustice. It is typified by the headless man symbol – meaning there is no central leader or leadership, and in public the use of the Zorro mask is now synonymous. Many have referred to the group as a cyber Robin Hood. Their main purpose has been to temporarily shut down websites and services as a form of protest. anonymous has exposed pedophile groups, sweat shops, cheating spouses, racial profiling, racist political groups, corrupt politicians and more. They led cyber attacks on Scientology, Westboro Baptist Church, and commercial interests who have been show to behave unjustly. They have been supporters of Wikileaks, Occupy and Chelsea Manning and Edward Snowden.

Wikileaks is a group that operates a website and who post hacked or leaked material, mainly suppressed material from around the globe, it has also set up a research wing looking at the material it posts. It was founded by Julian Assange, who has been the subject of an extradition battle by the US. Although it has had a controversial history thus far, and some alleged nefarious dealings with Russian interests, Wikileaks has also exposed commercial and government lies, duplicity, and deception around the globe. Wikileaks has exposed nuclear dsiasters, environmental abuses,government corruption, military attacks on civilians, plots and threats, and police corruption. Basically taking up the role of an independent watchdog.

These groups are indeed nefarious, but the one’s I really don’t like are those that are just common thieves. The rest, while motives are mixed, and methods questionable, at least they have sought a way to make governments and commercial interests accountable. in my view it is laughable when western government agencies protest about the crimes of hacktivists and in particular the shady methods they use, I see that as the kettle calling the pot black. So it all depends on where you are standing as to how you might see this issue, but I for one see a glimmer of good in the work of Anonymous and Wikileaks. Governments become arrogant, and as has been shown by hacktivists, they lie to the people, even to themselves, and that means power has been corrupted.

The US and its allies speak of hacktivists as terrorists. I beg to differ, it’s a little childish to exaggerate the issue. Besides, in my view these people have done exactly what Mark Felt, Daniel Elsberg and others before them have done, but in a global and accessible way using the internet. In that sense, hacktivists are whistleblowing. We may not like their methods or their attitude, but just look at some of the results.

For me, the work of the hacktivists is more about getting to the truth and preserving freedom of speech. While truth is relative, freedom of speech is sacrosanct and should be defended no matter what. How did keeping the Iran nuclear leak in 2009 suppressed protect national security? It didn’t. Freedom of speech is far more important than someone’s opinion that government should be protected at all costs.

“Once a government is committed to the principle of silencing the voice of opposition, it has only one way to go, and that is down the path of increasingly repressive measures, until it becomes a source of terror to all its citizens and creates a country where everyone lives in fear.”  Harry Truman speaking to Congress August 8, 1950.

“If liberty means anything at all, it means the right to tell people what they do not want to hear.” George Orwell

The Land of the Free? Whose Freedom?

Am I alone in the world in that I think America is regressive, confused, and sliding into social chaos? Don’t get me wrong, I’m not talking about the collapse of American society (although never rule anything out), I’m talking about social justice and democratic process.

Under G.W. Bush with a cabinet of corporates, the corporates have increased their hold over politicians. Obama’s administration shows little interest in dealing with corporate influence over federal politics. In fact it was reported in 2009 that Obama had lifted the ban on lobbyists under pressure from – lobbyists! I’m wondering who runs the country?

The NRA and other gun lobbyists have successfully neutered any attempt by the Obama admin. to make sensible changes to gun ownership. I’m left wondering what was so difficult about imposing a background check? And why do ordinary Americans need military weapons?

But even at state level it is endemic. Only recently there was a report that stated California’s proposal to impose a plastic bag ban had been undermined and subsequently defeated by lobbyists for the plastics industry.

Thank goodness the Australian Government saw the problems, and in 1983 began with the Lobbying Registration Scheme, replaced in 1996 with the Lobbyists code of conduct, and strengthened in 1998. In 2011 a new code was enacted. It probably isn’t perfect, but it has an affect and it is backed by the criminal code.

There is the inability of the American nation to deliver justice in health care, and yes there are always pros and cons in any proposal, but why can’t the nation positively engage with the idea of health as a justice issue?

There has been much musing over American corporate control and gain through the invasion of Iraq, so that irrespective of the outcome of actual war and policing, the corporates have done very well. And there is concern over arms length dealings in developing nations where pressure is unscrupulously applied to overcome local feeling and process to accommodate corporate greed.

The status of women in America is, to my eyes and ears, wretched. The attitudes (and in many cases the sheer, and embarrassing, ignorance) of conservatives to issues like rape, sexual assault, domestic violence, and the appalling attitude to abortion rights is just beyond logic.

The death industry has made a comeback in the States, Missouri is considering bring back the gas chamber (the mind boggles), and the culture of revenge plunges onwards (I can find no evidence of any reform process in the penal system in America).

The control of the media and the mind of the people, the continuing (though now deeply wounded) influence of Christian fundamentalists like Pat Robertson (if wives were spanked and disciplined the nation wouldn’t be in the mess it is in!!), the benign thinking of the Republican Party (GOP), are and should be a concern for everyone who values freedom and justice.

There are the usual constant reports about injustice; the homeless man arrested for using a flag to keep warm; two dogs shot by police for no substantive reason, and in one of the cases the owner arrested for filming the incident, the man who has been arrested because he chalked messages on the footpath out side the Bank of America critical of the bank, the arrest of a primary school aged girl for downloading music using torrents (older but pertinent news), a state (don’t recall which one) recently legislated to allow police to enter a home if the door was open (Why?), and so on.

Who remembers those seminal movies Silkwood and Erin Brockovich? What about Fair Game? For those of us outside America these have been movies of conscience, and alerted us to the quagmire of injustice and endemic corruption.

What about America and Global warming, the resistance to adopting climate measures and international treaties?

What about America and its corporate behaviour, Monsanto for example, and the way they treat farmers and their rights? Let alone the issues of greed through patent control and debt management.

And what about the NSA and spying?

Current issues are Bradley Manning, Julian Assange, and Edward Snowden. And in regard to Snowden America then interferes by forcing down the plane of Bolivian President Evo Morales because it thought Snowden was on the flight. What would have happened if that had been the President of France, or the Prime Minister of Australia? Why is it so difficult for the government of America to step back and reflect for a moment and consider the possibility that it is being called to take stock of its behaviour and to look to positive change? What gives America the right to behave inappropriately?

Why should it matter to non-Americans? Because, as recent history has shown, American (Mcdonaldization) decisions and values affect every nation (commerce and trade, war, cultural affect through media, spying, treaties, copyright issues, and bullying). America needs to learn to be a positive global player, and not a bully.

What would it take for America to stop, take stock and turn aside from its current behaviour? Am I alone in hoping it will one day be transformed for the better? Wouldn’t it be a relief to hear a President say, “we don’t like that we’ve been caught out, but we’re going to reflect on this and address our behaviour.” (Waiting for the pink elephant to fly past!).

Still, I live in hope, and I pray!

A dark spill of worlds and words

4 out of 5 dentists recommend this WordPress.com site

SITE FOR KNOWLEDGE AND FACTS

The VIXEN of VERSE

A Petite Girl's Guide to...

Words written when connected with God

Your easy guide to easy life!

A dark spill of worlds and words

4 out of 5 dentists recommend this WordPress.com site

SITE FOR KNOWLEDGE AND FACTS

The VIXEN of VERSE

A Petite Girl's Guide to...

Words written when connected with God