A Study In Sadness

Yes it’s old, perhaps struggling to function on the day it was abandoned (which I think was around Boxing Day), punished by its owner, or at the very least, by those who stole it. The car gave everything and more as it was designed to do. I don’t grieve for machines normally, I’ve never named any of my machines (I do wonder if the robots soon to be more common among us will engender affection) as some are wont to do. I swear at them, perhaps that is a form of endearment 😀 I can be sentimental sometimes – I’ve kept my Tangerine Mac! But I don’t actually grieve machines. I grieve for life forms.

However, there is a sadness I feel for the disregard of the environment, the fire risk to the bush (I’m surprised it didn’t create a bush fire), the flora and fauna were at risk. But also a disregard for the possibility of redemption, even if it only meant recycling some of the parts. But what I really grieve is the thinking that wants to destroy, that sees no other possibility. 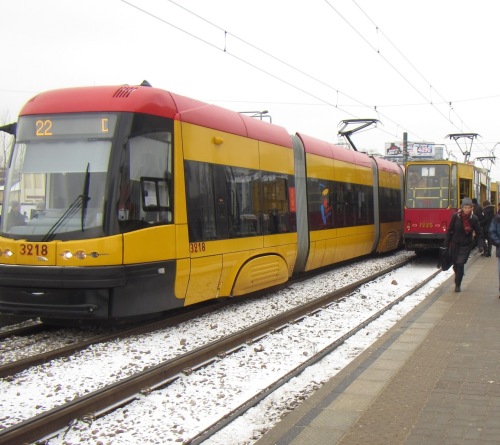 Lyn and I went to Poland back in 2013 to see Anna’s parents, Jon and Anna went in December 2012 ahead of us, and we went in January 2013, ah yes European winter! We constantly used the trams and trains.  The trams came in two sizes (as above), large and mini trams, which ran alongside or nearby each other. Mini trams feeding the larger distribution lines. Naturally, in order to work as an integrated system, the trams and trains, and busses, were synchronised. Not only that, they tended to run regularly and on time. They were fun to hop on, and they worked well. Wish we had such a system here, it would help neutralise the car dependency Australians have, which is partly due to inadequate public transport in the very first place.

Life is a Poetry

Each day is a blessing. My Creative Writing

My Reflections and Expressions

Life is a Poetry

Each day is a blessing. My Creative Writing

My Reflections and Expressions