At dVerse Linda is hosting Prosery with an invitation to take a line form one of Mary Oliver’s poems – ‘Spring Azures’, “Sometimes the great bones of my life feel so heavy.” and use it in a piece of prose.

“Rivers know this: there is no hurry. We shall get there someday.” A.A. Milne

The Tides That So Easily Turn And Pull

I launched the kayak, noting everything in my periphery and set forth forth with a flourish, gliding across the glassy, still, estuary. this was morning, but not my life. I launched equally as carefully under my mother’s watchful eye, but the estuary of life was never glassy or still in my experience. However, I had to start somewhere, and my own dictum is, don’t dismiss the wisdom of the young who are simply shifting gears through the tide of life which is so fickle. We carry our own weights, the things we love, the things that haunt, the things we enjoy, and that which brings pain, yes, even that. Sometimes the great bones of my life feel so heavy and it is more than enough to bear when I wish I could steady the tides that so easily turn and pull us against ourselves.

Tagged as dVerse Poets, prose, Prosery, The Tides That So Easily Turn And Pull

In The Wake – a poem by Paul Vincent Cannon

Sarah at dVerse has invited us to write a poem about boats of any type.

“The way of a canoe is the way of the wilderness, freedom almost forgotten.” Sigurd F. Olson

In this place there are a number of songs that seem to pop up fro time to time, one is the Beatles’ “Tomorrow Never Knows” with that wonderful line “Turn off your mind relax and float down stream …” On so many levels that is applicable in this place, the Blackwood River, Augusta. 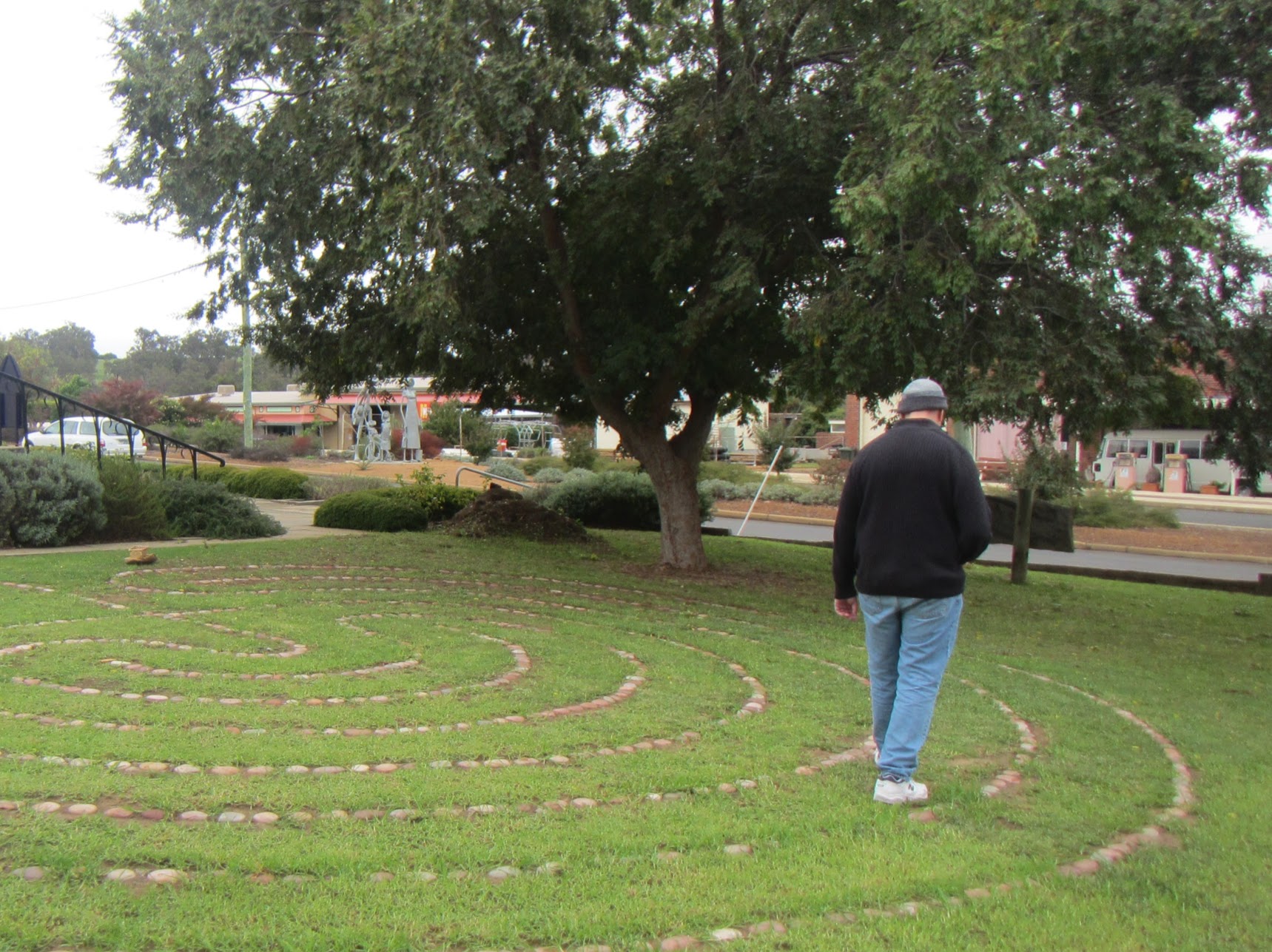 I really like and need meditation, I like its many forms too. Static mediation, sitting and focussing on breathing and being faithful to my mantra is my main form, and brings me joy. But another way of mediation I love is, as I have written before, is the use of the labyrinth, which can take any form or way you like. But no matter the form, the walking clearly isn’t static, and yet, the movement of the body acts like a mantra, it enables focus through rhythm. And so stasis, or the slowing of the inner self is possible. For me it is one of the greatest forms of prayer. It is mentioned in all the great traditions, and not least non-religion, and including Christianity, which surprises some, and is a point of dialogue and connection across beliefs. For me it is a greater connection with being and spirit, a sense of wholeness. It is said that meditation is a form of maturity in prayer, it is the setting aside of agendas and attending to awareness.

In the christian tradition, the antecendents of modern meditation are found in the lives of the desert fathers and mothers, those who formed commnities in the deserts of North Africa, the Middle East, and Syria. Their emphasis was on silnece, and contemplative prayer forms. I love the following quote from one abba Arsenius: “Why, words, did I let you get out? I have often been sorry that I have spoken, never that I have been silent.” which reminds me of Monty Python and a scene from the Holy Grail where God rails against the noise of “all those miserable psalms.” The point being that endless repetition without mindfulness dulls us.

I’m not sure where you’re at, or what you think of meditation, but what I do know is that the world could do with a bit more silence each day, a little more thought for the other, a little more engagement with becoming rather than just doing. A little more stasis would be good all round.

That Sound, That Feel

The Pied Cormorant, commonly called “Shag”, though this is erroneous, because originally shags and cormorants were distinct, now the term has become interchangeable (though that is now in dispute). The name Cormorant evolved from and is derived from the Greek meaning Bald Raven (φαλακρος κοραξ) and later from the Latin corvus marinus or sea raven. It was orginally thought that the Cormorant was relative of the raven (up to the mid 16th C.), mainly becuase of its hooked beak. In the photo, taken on the Blackwood River a few years ago, the one at the back right is displaying the Cormorant’s particular wing drying habit, having dove into the water pursuing fish. As we passed by they had called out. Now they are not as discordant as a Raven or a Black Cockatoo, but nor are they a sing-song bird that can charm the ear with fine song. Instead they created a raucus cacophany that jarred my ears. But it mattered not, they were simply in their element, and I was an intruder. I was glad to be jarred, to be privileged to hear their conversation. It was like I had been invited to the conversation. 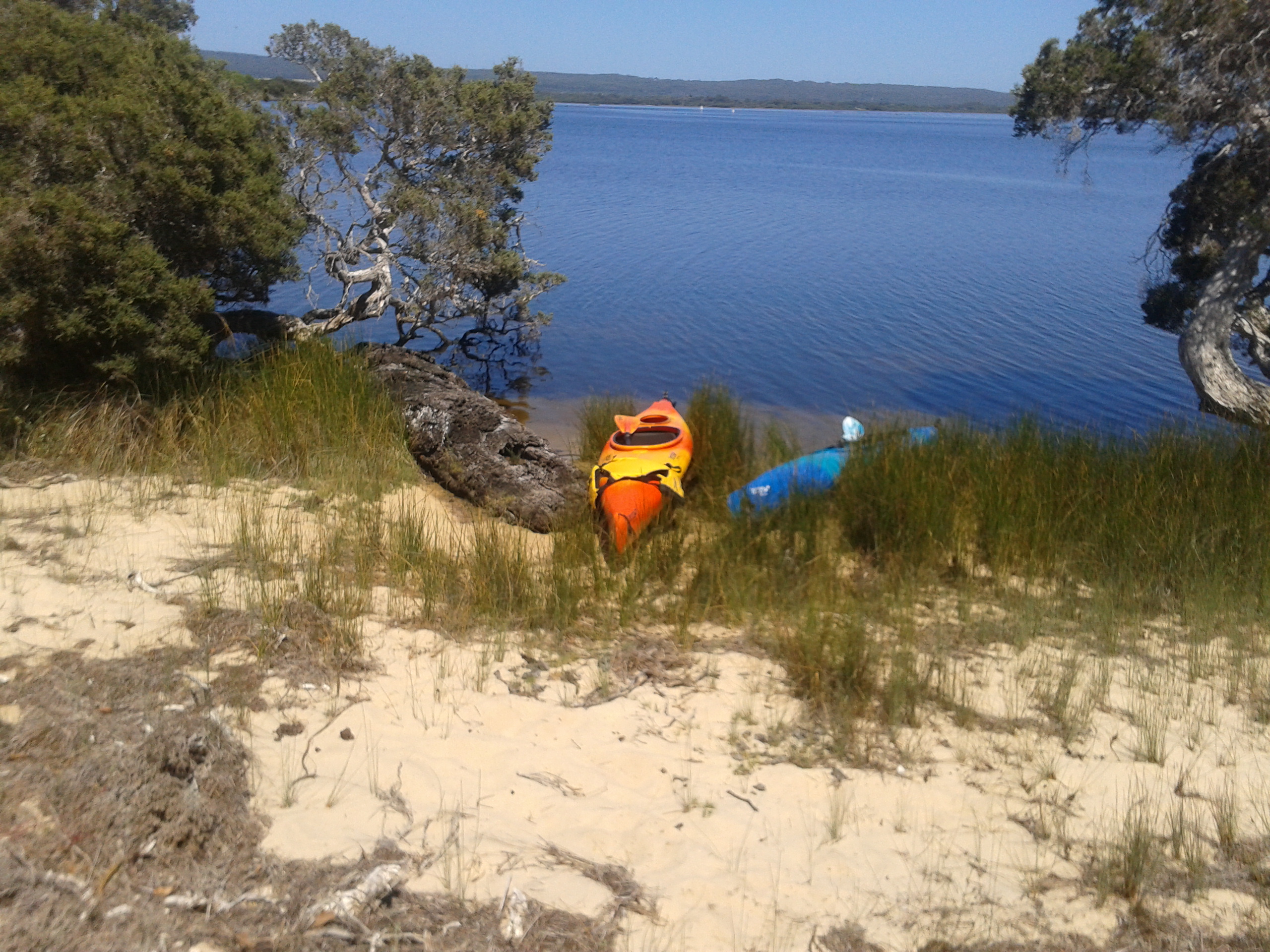 Sometimes even the sheer effort can be daunting, all the prep, all the organising and the getting there, but once launched, it’s really worth it. There’s something really meditative about kayaking, the smell of the water, salty downstream, brackish upstream. There’s plenty for the eye to rejoice in, dolphins, stingrays, King George Whiting, black swans and a host of birdlife (some migratory). There are sounds too, birds calling, wind rustling vegetation. And there’s the sound of the water lapping on the side of the kayak, and the sound of my paddle as it divides the water and pushes. But it is not overly intrusive, the kayak is gentle on its surrounds, respectful of nature. The fish and birds come close, they trust the quiet nature of this vessel, and so do I, it is an invitation to presence and calm, even stillness (which is not an absence of movement per se). When I launch the kayak, I launch into something too, something deep.

Deep into that darkness peering, long I stood there, wondering, fearing, doubting, dreaming dreams no mortal ever dared to dream before. - Edgar Allan Poe

poet and author of The Light in the Cave

A place to freely express emotions and ideas.

Man is a self-conscious nothing. ~Julius Bahnsen

"That I may publish with the voice of thanksgiving, and tell of all thy wondrous works." Psalm 26:7

Beach Walk Reflections: Thoughts from thinking while walking
Can there be amateur poetry?

Welcome to poetry and poetic imagery

Deep into that darkness peering, long I stood there, wondering, fearing, doubting, dreaming dreams no mortal ever dared to dream before. - Edgar Allan Poe

poet and author of The Light in the Cave

A place to freely express emotions and ideas.

Man is a self-conscious nothing. ~Julius Bahnsen

"That I may publish with the voice of thanksgiving, and tell of all thy wondrous works." Psalm 26:7

Beach Walk Reflections: Thoughts from thinking while walking
Can there be amateur poetry?

Welcome to poetry and poetic imagery