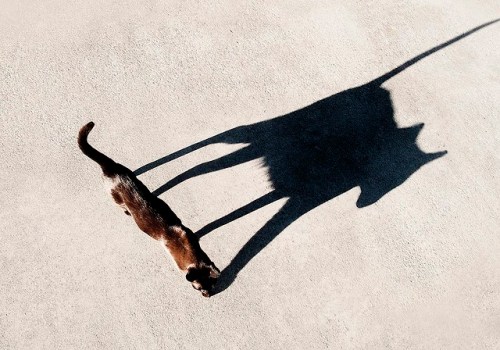 “That which we do not bring to consciousness appears in our lives as fate.”  Carl Jung

His inner demons held him in fear and mistrust,
but he dressed them as acceptable monsters
all hidden in the light, but they made their own
spectacular way to the surface of his unaware life
becoming his cruel and real destiny.

“Wherever there is a human being, there is an opportunity for kindness.”  Seneca.

There was a camera crew,
celebrities of minor distinction,
someone pushing a microphone,
all the while hangers-on milled about,
but when the moment came for
words to be beaten into action,
the curious and the beautiful
faded quietly away into the distance,
leaving only the regulars
to do what needed to be done.

I Swam Through Rooms – a poem by Paul Vincent Cannon 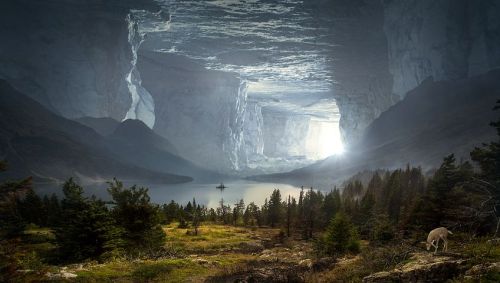 “Dreams are illustrations …. from the book your soul is writing about you.”  Marsha Norman

I Swam Through Rooms

At some point
when time slipped into time
and lost itself,
I joined in and found my way,
it jumbled in my eyes,
so fast, so slow,
and back again,
a chain,
a heron,
boats and trains
all upside down
floating,
as winged beast hovered overhead
mysterious doors and coloured lights
glowed all around,
and I swam through rooms,
dived through windows,
such a rollercoaster ride,
till mystery entered,
a shadowy figure
inviting me to follow.

For Her – a poem by Paul Vincent Cannon

Kim at dVerse has invited us to write a Quadrille (44 words) using and including the word Wild. 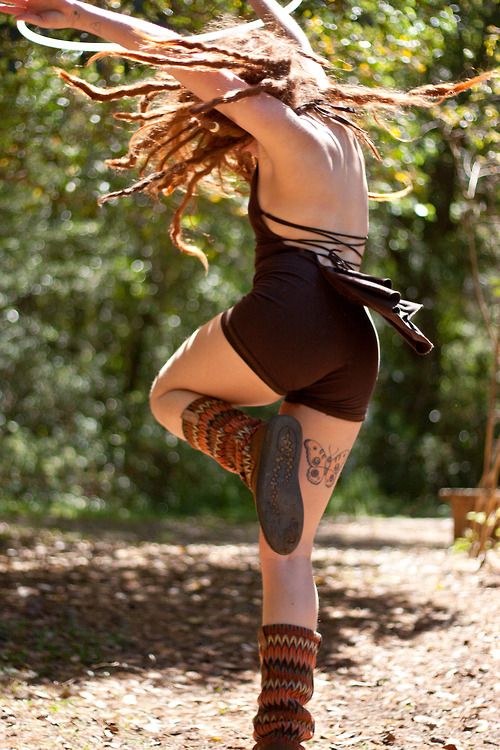 “A succulent wild woman is one of any age who feels free to fully express herself in every dimension of her life.”  Sark

How can a label be drawn
from so narrow a quarter
that would imprison her,
her cover is always antithetical,
a contradicted series of paradoxes
packed in a conundrum,
Pandora loosed from that
quietude misjudged,
from her still centre
comes wild power.

Your Disapproved Skin – a poem by Paul Vincent Cannon

Warning: Aboriginal and Torres Strait Islander peoples need to know there is an image that displays deceased people.

“Australia Day” January 26 marks the anniversary of the arrival of the first fleet at Port Jackson in 1788. For most indigenous people this is known as invasion day. Their treatment to this day has been brutal and in the least one of denial and rejection. It is a hard history to read and on the part of the colonial architects, even to this day, a very shameful history. I am one of many Australians who would rather move the celebration to a new date in conjunction with a dialogue with indigenous peoples as to how to achieve that. But then I believe that nationalism and patriotism are poisonous, as history and our nightly news shows, so maybe no day is needed.

We dug our wealth from under your feet,
and we housed ourselves in your delicate bones,
scarifying your disapproved skin
with our tribal markings,
chaining your bodies but never your hearts,
we hunted a perception of you
and caricatured our values as superior;
as a weak parent blames their child
we laid a burden of blame upon you,
a fiction of conscience,
a trick of justification,
that had no purpose other than
to exploit the very breath of you,
surely our sorry must be
the very breath of us.

Image: The Australian Aboriginal Flag – Formally recognised in 1995 as an official flag, was designed by Harold Thomas, a Luritja man in 1970 and first displayed at the National Aboriginal Day in Adelaide in 1971. The design is significant: the colours represent the Aboriginal peoples of Australia, the red ochre of the earth and a spiritual connection to the sun the giver of life and protector (as stated by Harold Thomas).

I Cry For Them – a poem by Paul Vincent Cannon

Photo: found at julianlennon.com   Volunteer firefighter holding a Koala rescued from the fire. The loss of species numbers is devastating and may never be recovered, placing some on the endangered list.

“We need a climate and environment policy that is fit for the crisis we’re in.”  Sarah Hanson-Young

I Cry For Them

I did not weep for buildings and things, though I felt
for the plight of evacuees and the vast loss of flora
breaks my heart already so raw, but my tears, once reserved,
now flow in grief for the many animals consumed,
or wounded by this voracious, hungry, friendless fire.

But The Earth Laughs – a poem by Paul Vincent Cannon

Tomorrow, January 26, is “Australia Day” a slap in the face to our Indigenous people who remember it as Invasion Day. It is supposed to be a national holiday to commemorate the founding of Australia (as a white colony) under the British realm. I would rather we celebrated our so called nationhood in line with the federation of Australia and found other ways to be more united in a commonly agreed set of values and purpose. In another sense, I am not committed to any flag, I am however, committed to people irrespective of status, colour, religion and creed. In my view flags, nationalism and patriotism are dangerous, and the proof of that is in the daily news!

“Mounting an expedition to actualise a Compassionate Commonwealth of all peoples … is the great spiritual challenge of our time.” Sam Keen

But The Earth Laughs

Someone planted a flag and watered it
with jingoism and platitudes that
had no real connection to anything
let alone meaning
in the truest sense of the word,
people made pious statements and swooned
as if the earth might clap with joy
at the sound of our own voices,
exulting over our claims,
but the earth laughs at us as a
parent laughs at a child who thinks it knows,
until the child grows and
poisons the soil with nationalism,
worse, it murders unity with patriotism
and life wilts before us in
borders, walls and detention
where no one is safe,
and words become blades that
wound and butcher
for the mere sense of a date
or the colour of skin,
and yet we skilfully wallpaper death
like nothing is wrong
and we raise champagne to a
beautiful monied lie,
that fiction of ownership,
that we own what we do not own
be it mountains,
or be it myths and legends.

To The Centre – a poem by Paul Vincent Cannon 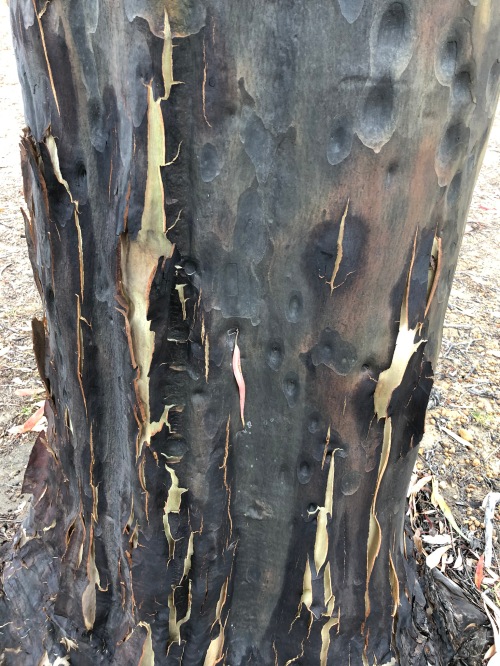 “How can we know ourselves by ourselves? Soul needs intimate connection, not only to individuate, but simply to live. For this we need relationships of the profoundest kind through which we can realise ourselves where self-revelation is possible ….”   James Hillman

Beyond the face of it
time is best immersive,
taken slowly,
small steps, never strides,
a very small journey that is quite long
from the outer to the centre,
a lifetime more or less,
and the closer one draws
to that precious place
is to feel the layers peeling off
with a new vulnerability
open to the world
as the mask thins and
crumbles to the ground.

My World – a poem by Paul Vincent Cannon

RDP Thursday – Looking Out Of My Backdoor.

“Not knowing when the door will come I open every door.”  Emily Dickinson

Of all the front doors there is nothing certain,
a series of possibilities and invitations,
comings and goings strewn across a day,
across a lifetime
as the world beckons,
but my backdoor is more assured
and as I look out
it is my world,
though I do not own it,
a space of reflective knowing,
that holds everything
unhindered and full
and though there are walls,
there are none able to
hem my thoughts
or my dreams.

Tagged as 'My World', Looking Out Of My Backdoor, RDP

The Secret Fantasy – a poem by Paul Vincent Cannon

Merril at dVerse has invited us to consider writing a poem about secrets.

“If you tremble with indignation at every injustice, then you are a comrade of mine.”  Che Guevara

To take a life
even for a cause,
how does one do that with any ease
that it never haunts,
eternally wounding the self,
twisting bowel and heart in
feverish spasms of regret,
causing clever mind plays
of robust justification,
all those greats who advocated
against that dark horror
even baring their own chests to
the chance of bullets
without reproach,
and my life has been persuaded
of that very path, and yet,
there are those days of longing
to come out of Kinshasa,
to leave the mountains of Bolivia,
to wear the beret once again
and to strike at the heart of the
corpulent monster strangling the world.

Dive deep into my thoughts

Find the inner you

Worded emotions no one cared about and were forgotten

Where love finds a way!

“ ran out of things to dream ”

from fear to freedom

In the Name of God, the Most Compassionate, the Most Merciful

Dive deep into my thoughts

Find the inner you

Worded emotions no one cared about and were forgotten

Where love finds a way!

“ ran out of things to dream ”