A very happy New Year everyone, may it be full of beautiful surprises and kindness.

Together – a poem by Paul Vincent Cannon

“Do not go where the path may lead, go instead where there is no path and leave a trail.”  Ralph Waldo Emerson

Is it so strange that feelings are so mixed
looking back over time as year ends,
so many emotions,
especially for the intangible
yet longed for numinous
that feathers the clouds at sunset,
or regret for moments left
enthralled with the demiurge
of frailties casting its shadow with
backward steps of willing melodrama,
behind me I see the path is formed
completely incomplete,
and now I turn to see
there is no path ahead,
but together we will tread one.

Tagged as Free Verse, poem, together

Her Lips – a poem by Paul Vincent Cannon

“And yet to wine, to opium even, I prefer the elixir of your lips on which love flaunts itself.”  Charles Baudelaire

She loved bright colours
which were all of her moods,
and a sense of all the places
she’d like to be,
but after the party and
“would you like to come in?”,
after highs and highest,
and nights of a thousand kisses,
her lips mellowed to pastel.

Life Became Him – a poem by Paul Vincent Cannon

Photo: Auschwitz 1, the former Polish army barracks which the SS commandeered as a prison for Polish army officers, Poles, Jews, subversives, and others. This is a substantial complex of brick multi-story blocks, unlike Auschwitz 2, which was mostly wooden blocks. I found the place sombre and still, a place of  confronting horror. This is the place where the Catholic priest and subversive Maximilian Kolbe exchanged places with a young Jewish man because he was a husband and father and had a future to live. The commandant agreed to the exchange. Kolbe was starved to death, although he was given a mercy injection after three weeks.

“There may be times when we are powerless to prevent injustice, but there must never be a time when we fail to protest.”  Elie Wiesel

Quietly he ventured an offer to
the commandant lusting for reprisal,
one young father not ready for some version of heaven,
and persuaded, the commandant exchanges the two,
the priest is starved in the doorway of eternity.

Where To? – a poem by Paul Vincent Cannon

“There is absolutely no solidarity in the West towards its own victims, and the recent ‘refuge crisis’ is direct proof of it.”  Andre Vitchek

Tagged as 'Where To?, Free Verse, Fugacious, poem, RDP, refugee

The Past – a poem by Paul Vincent Cannon

Photo: One of the many.

“Sometimes it is best of memories that are the most painful.”  Paul.

The ghost of Christmas past
haunts the cupboard where the past lays
in beautifully bound folders,
daring me to revisit
the highs and lows,
especially the lows,
of lost youth
and distant ways,
which make me weep
for imagined more golden days,
leaving me with such mixed feelings
on the way to Christmas present.

Tagged as 'The Past', Free Verse, Mixed Feelings, poem, RDP

Imprisoned In Freedom – a poem by Paul Vincent Cannon

Word of the Day – Freedom

“I always wonder why birds stay in the same place when they can fly anywhere on the earth. Then I ask myself the same question.”  Harun Yahya

His mind obsessed with lines,
borders composed
by those vested in suits,
believing that one must follow
as blindly and silently as possible,
ideals of no value save but the
value of the power to be made to do so,
not knowing,
and yet truly knowing,
but rather, not wanting to know,
that there is no such power
other than that which the mind
plays on the conscience,
imprisoning the self in
the belief that this is freedom.

The One Called Love – a poem by Paul Vincent Cannon

“Religion is for people who’re afraid of going to hell. Spirituality is for those who’ve already been there.”  Vine Deloria Jnr.

The One Called Love

Where the shadows shift slowly
and the wind whispers a language
of its own unknown to human ears,
and dust takes on a life of meaning
as it stirs and lifts,
the residue of centuries
residing in all the corners,
while in the quiet
a still small voice,
the one called love,
waiting to be heard. 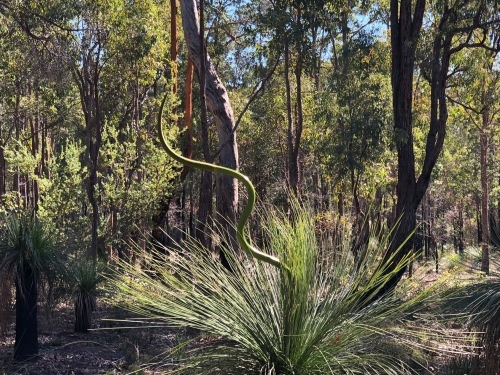 “Some moments are nice, some are nicer, some are even worth writing about.”  Charles Bukowski

Moments pass
and they’re hard to grasp
yet easy enough to feel,
but to the heart they are lasting,
often there is no language
to pick at the threads
or to make something of it,
a memorial offering for posterity
so as never to forget,
some moments are best left
they are simply that moment
to be felt and
never fully to be spoken,
and yet, in the leaving
they are strangely more fully known.

She Said – a poem by Paul Vincent Cannon

Chimneys are full of surprises
especially on the night before Christmas,
and when Santa finally arrived
I certainly jingled,
“Have you been a good boy?”
she asked with a twinkle,
“Yes” I carefully replied,
“Well, that’s about to change”
she said with a smile.

Judaism, work, life, poetry, etc. Not code for "single and looking". This is not a dating blog.

A community page for those inspired by nature.

Relax! Let your eyes wander and quiet your mind with some visual therapy. A picture is always more than you can see. You will also find my own illustrations, animations and sometimes short stories. You never know what you will find so make sure to come back.

The Voice of Reclamation

Sharing the heart of our community

Judaism, work, life, poetry, etc. Not code for "single and looking". This is not a dating blog.

A community page for those inspired by nature.

Relax! Let your eyes wander and quiet your mind with some visual therapy. A picture is always more than you can see. You will also find my own illustrations, animations and sometimes short stories. You never know what you will find so make sure to come back.

The Voice of Reclamation

Sharing the heart of our community