A Right Pickle – a poem by Paul Vincent Cannon 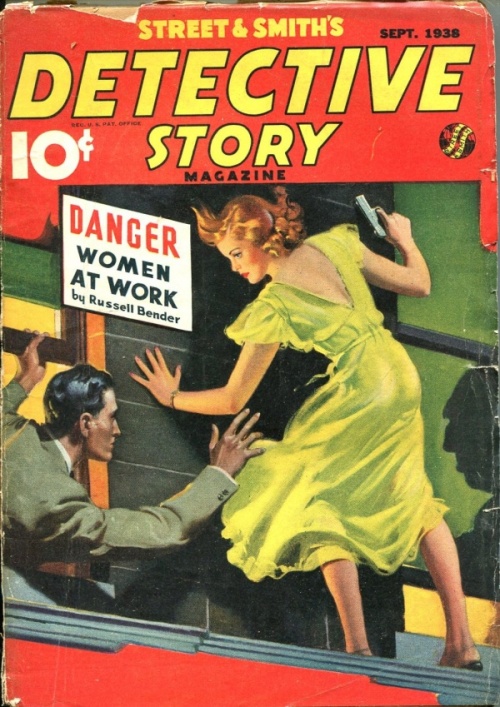 Unlike the rest of the flesh show,
she was interesting
so I decided to strike a conversation,
of course,
but as I approached
the bartender scowled at her
and she ran off,
I followed
up the stairs
along the hall
where she ran into a room,
when I got there
she was out on the ledge
as I reached out to grab her
too late did I see her gun
and only then did I realise
I was in a right pickle.

The Ancient Quadrilateral – a poem by Paul Vincent Cannon 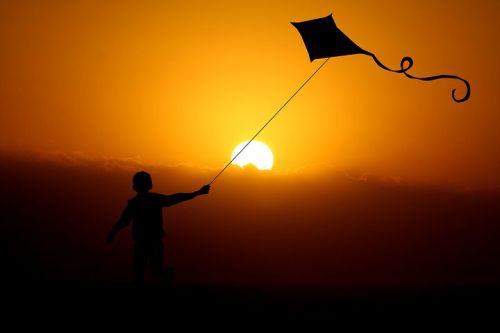 He stood on the rise
loosened his tie and just ran
remembering those days when
his mother and father
lived an angry indifference
that had drawn him here,
to the four winds
who’d encouraged him,
conversing about the ancient quadrilateral
of brown paper and string
that would take him to lost realms
of heart and mind,
he flew here regularly
his laughter lighting the darkness
of everyone near.

Till Something Resolved – a poem by Paul Vincent Cannon

Dedicate – Word of the Day

Screen door squeaked around five
the linoleum worn by his steps
he turned on the radio
music streaming
anonymously to his ears
while he sets to with dinner,
as always, the same simple fare,
and he’d bathe and tend her
feed her with love,
she’d rasp her gratitude,
it’s not what they’d planned,
lost were the card nights
the bar with the boys,
their dates were bedpans,
face washers and pills,
her nights were his nights,
till something resolved.

Tagged as "Till Something Resolved", Dedicate, Free Verse, poem

What Do You See? – Willow Poetry 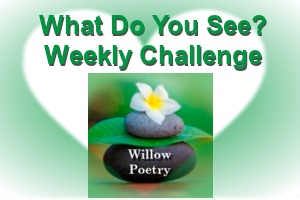 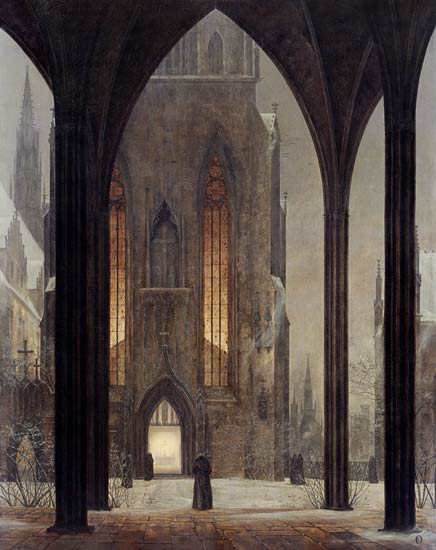 “Theologians may quarrel, but the mystics of the world speak the same language.”
Meister Eckhart

A medieval babel
we built the cloister as if to reach heaven,
high and lofty
grand as a statement of our
misplaced devotion,
realising too late
that there is nothing big enough to catch,
let alone contain,
that which we call God
who dwells in much humbler
less rational cathedrals.

Tagged as "Misplaced", Free Verse, Meister Eckhart, poem, What Do You See?

You Couldn’t Wait – a poem by Paul Vincent Cannon 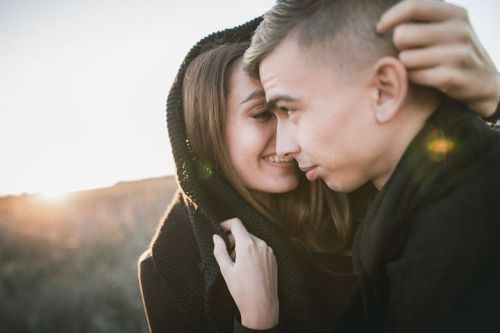 I was ready to bleed for you
but you couldn’t wait
you crept in and
stole my heart
incarcerated in your beauty. 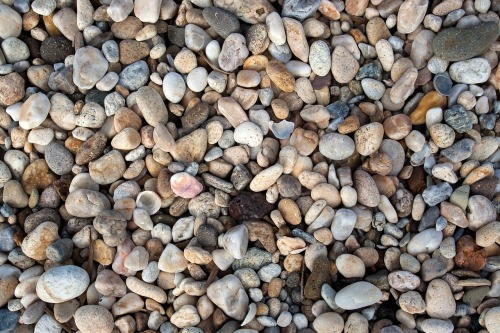 The rugged sandstone fell in chunks
fragmenting in the river below
a millennia past,
and though nothing happened for a time,
or so it seemed,
the stone surrendered to the water
who loved the stone
to an external beauty
that belied its inner strength.

Every drive is an ascent of some description,
to reach the peak,
stand on the precipice
and risk the valley
of the every day.

Merely To Rile – a poem by Paul Vincent Cannon 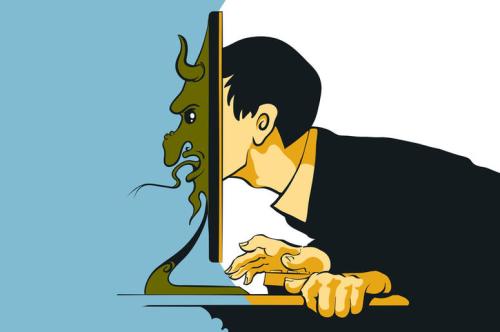 Image: found on the conversation.com

He is anyone and everywhere
he is hunched
and tapping
machine-gun conversations
of putrescence
volatile, explosive,
deliberately abusive
his anger grins at the screen
while testosterone flywheels energise
but his cause is not the point,
merely to rile
is to win
this game.

Teachable – Word of the Day 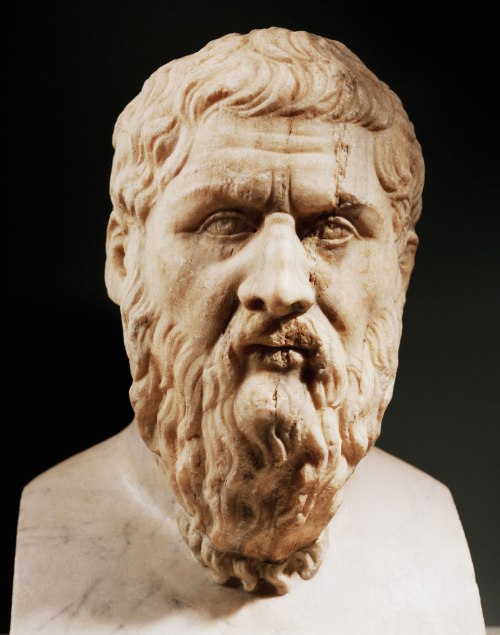 Image: lounge.obviousmag.org   A bust of Plato

Meno strutting in Athens with entourage
sycophant of Gorgias
that overblown sophist and Socratic doubter,
Plato counter-posed you
in a double counter play
of the virtue of virtue
how innate, how not,
and you were confused
a mere child caught in
a permanent aporia,
but Socrates,
dear, tragic Socrates
showed you the way,
to search for that which
we do not know.

Note: Plato wrote ‘Meno’ as a Socratic piece, a dialogue between Meno and Socrates. Meno is young and believes he is accomplished and clever, but Socrates proves him to be confused and lacking. Meno was also a mercenary who became involved with Cyrus the 2nd’s attempt to take the Persian throne from Artaxerxes, Cyrus was killed and Meno and other generals captured, all but Meno were beheaded. And I quip, at least he kept his head that time. The poem is really an elegy for Socrates who taught Meno a lesson.

Anything Else? – a poem by Paul Vincent Cannon

Feast – Word of the Day

The waiter hovered solicitous
as we divined the menu
a sumptuous poem for the palate,
a veritable bacchanale,
the candle flickered as we talked with passion
reordering our every moment of the day,
we rejoiced in the smells of the jus and the spices
chewing with tender delight
the fat on our lips glistened
while the gravy ran down our chins
we laughed and we sighed
meditating on every morsel and word
forgetting the world
indulging each other
I took your hand
you stroked my ankle
the waiter hovered once more
was there anything else
O yes please,
Oysters, shucked, of course
but at home we had a different feast.

Tagged as "Anything Else?", Feast, Free Verse, poem

Day by Day with Ang
alacrity

It's not the end of the story ;

The daily life of an addict in recovery

a gathering of words between smiles

practising for a whole life

Bethany Writes Erotica For Adults Only

Finding the extra in the ordinary

Where Words Come To Life

A collection of photographs.

Writing, books, food, music, Manchester and whatever else I can think of

A Date With Nature

Day by Day with Ang
alacrity

It's not the end of the story ;

The daily life of an addict in recovery

a gathering of words between smiles

practising for a whole life

Bethany Writes Erotica For Adults Only

Finding the extra in the ordinary

Where Words Come To Life