Elegant – Word of the Day 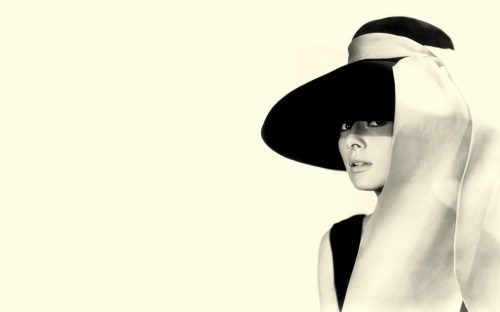 Audrey Hepburn (1929 – 1993), a personification of elegance. Certainly petite, refined, beautiful, and yes, elegant. But no matter who or what, we place that descriptor upon people or objects, it is our perception of them, not as they see themselves or how they experience themselves. We know that to be true because at times we are sometimes aware that we don’t see ourselves as others see us. Having said that, I’m happy to say that I think she’s elegant. I really enjoyed Breakfast at Tiffany’s, but have seen most of her movies over the years. One of the contributing factors to her elegance was her stance, dress and movement – as a child she had learned ballet, and this was clearly formative.

She was ten when WW2 broke out. Her English/Austrian father was involved in the 1930s with the Dutch and British Fascist movements. Ironically hepburn and her mother were involved in fund raising for the Dutch Resistance, though by the time the Germans had invaded Holland, her father had left the family for England then on to Ireland. The war left an indelible imprint on her, she recounted the horror as a child of the invasion, the fighting, the death of family (an uncle was executed as a reprisal), seeing Jewish people being transported, especially children her age, firing squads and more. The food shortages were severe at the end of the war and Hepburn suffered acute anemia, repiratory problems, and edema which resulted from malnutrition.

Hepburn had a long association with UNICEF, having been one of the recipients of international aid in areas devastated by the war. Her formal association began in the 1950s when she narrated two radio programs for them. In 1989 she was appointed as a Goodwill Ambassador of UNICEF. She served in that role until 1992, travelling to Ethiopia, Turkey, Venezuela, Ecuador, El Salvador, Honduras, Guatemala, Sudan, Bangladesh, Vietnam, and Somalia, to promote aid programs and listen to needs on the ground. She advocated for clean water and vaccination programs in particular, lobbying the UN and national governments.

During the Bangladesh visit she was observed hugging children who were covered in flies, she had no aversion, only compassion.

Two of my favourite Hepburn quotes are:

“Taking care of children has nothing to do with politics. I think perhaps with time, instead of there being a politicisation of humanitarian aid, there will be a humanisation of politics.”

“The ‘Third World’ is a term I don’t like very much, because we’re all one world. I want people to know that the largest part of humanity is suffering.”

I think her true elegance was in her humanitarian work, that she loved the unloveable, wasn’t afraid to get dirty, was passionate in her advocacy and lobbying. She brought a gravitas, dignity and integrity to the role. Which brings me back to the comment I made earlier, elegance in looks is about perception and description, but elegance in behaviour is something more, it is that inner beauty we speak of, embodied, tangible, and lived, it is real. Hepburn lived her humanitarian work. Hepburn once quipped that ordinary working women could achieve her fashion look easily (and told them how). I think everyday people can achieve her lived elegance in compassion.

This site uses Akismet to reduce spam. Learn how your comment data is processed.

Construction In The Chaos

A bowl of tales

Wish I Were Here

Journeys Through Place and Time

A wise man once said nothing

A Barbarian in Gentlemen's Clothing

Manhood is a Journey

ruminations & travesties of the favorite yet naughty son of Nengkoy

Until I have passed by.

On returning to God after giving up "God"

Suddenly single again - this is my life, unflitered.

Traveler of mind, wanderer for life.

A place where Linda brings out thoughts and stories within

Construction In The Chaos

A bowl of tales

Wish I Were Here

Journeys Through Place and Time

A wise man once said nothing

A Barbarian in Gentlemen's Clothing

Manhood is a Journey

ruminations & travesties of the favorite yet naughty son of Nengkoy

Until I have passed by.

On returning to God after giving up "God"